Florida homeowner’s don’t expect their home insurance policy company to backtrack on their promises. You may need an Attorney for Home Insurance Claim in Florida.

The hard truth is insurance companies ultimately look out for their own interests first. An insurance company is a corporation, and all corporations are run on business interests.  That means that the company’s best interests are served by minimizing the payout amount, and lowering the number of claims that are filed.Denying or delaying a claim when it is time to pay out to the home owner. All too often this is exactly what happens.

Insurance companies work to minimize your claim to their money, for your loss. How do they do this?

Your homeowner’s insurance policy may cover the following perils. 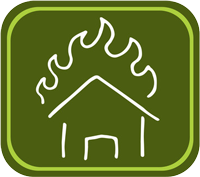 Fires in Florida, which has approximately half of the year dedicated as dry weather, are fairly common, especially during the season which runs between October and May.  After a fire, it’s important to notify your insurer as quickly as possible.

Make a list of all the possessions that have been damaged.  Most importantly, make sure that you don’t simply enter your home without ascertaining that it is safe to do so.  A home that has been burned down can be a serious injury hazard, and until you have professionals look over the property to make sure that it is safe for you to enter, you should avoid entering the property. 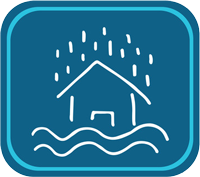 According to the Federal Emergency Management Agency, flooding is the number one natural disaster in the United States, and Florida is uniquely situated to bear the brunt of much of the flooding that occurs in the country every year.

However, flooding is not the only cause of water damage.  Your home may suffer severe water damage, from malfunctioning electrical appliances like heaters, leaking roofs, leaking pipes and broken sewers.  It’s important to understand what type of damage is covered in your policy, which is why it’s highly advisable that you review your coverage with the help of a lawyer.

In many of these cases, the insurance company may claim that the damage was pre-existing, or that the damage is not covered under your existing homeowner’s insurance policy.  In other cases, you may find that the amount being offered by the insurer is far too insufficient to meet your needs.  In any case, it is advisable that you speak with a lawyer.

The Florida homeowner’s insurance attorneys at Falk & Falk Law Firm are dedicated to the representation of homeowners who are having trouble recovering compensation from their insurance policy.